Your session will expire in 0 minutes.

Voters Elect Ross & Hocker to Board of Education

Travis Ross and Deenia Hocker were re-elected to the R-III Board of Education during the April 6 Election.

The election results will be certified at the April 20, 2021 Board of Education meeting, and members will take their oath of office at this time. 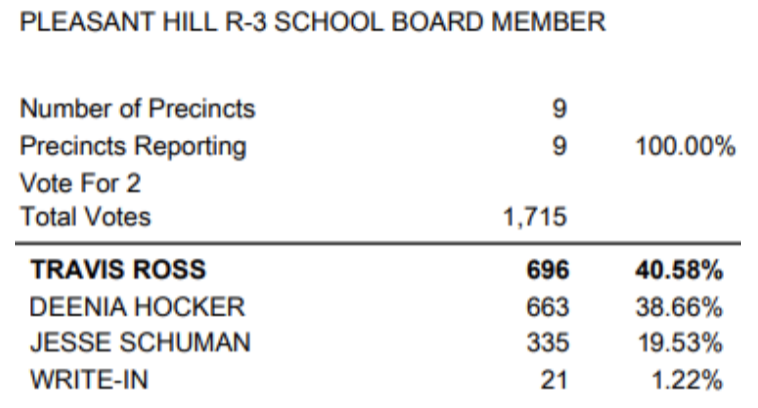